Notice) The timetable and contents of the program are subject to change.

The most important thing in this world ---- Heart to Heart!!!
A treasure chest of animation in Hiroshima; an emotionally stirring experience that will stay in your heart!!!

This summer marks the 17th Hiroshima International Animation Festival. Since 1985 the festival has been held biennially under the spirit of LOVE & PEACE, with artists and their incredible creativity at its core. Aiming to promote cross-cultural exchange through the advancement of the culture and art of animation media, the festival is endorsed by the Association International du Film d’Animation (ASIFA) as well as the American Academy Awards. In addition to the Official Competition Program, the quality of which is recognized internationally, we will be holding many special programs, including World premieres and Asian/Japan premieres, and also, exhibitions, seminars, workshops, etc. There will be works from various countries that can only be seen in Hiroshima, and many animation filmmakers and animation people from around the world will be attending in person. We are confident that our festival will be a wonderful creative site for international exchange, and hope you will join us and enjoy the world of animation!

The International Juries will decide Grand Prize, Hiroshima Prize, Debut Prize, Renzo Kinoshita Prize and other prizes from 75 works selected for Competition from 2,842 entries (88 countries and regions). In addition, Audience Prize will be chosen by votes of audience. Award Ceremony will be held on the final day, 27th Aug. In this program, internationally renowned animation masters and young promising animation filmmakers will be competing equally, and audience will enjoy their high quality works together with competition directors attending from all over the world.

Yoji Kuri — the International Honorary President of HIROSHIMA 2018, and who also created our official poster — spearheaded Japanese independent animation. He has received international recognition since as early as the 1960’s and is still actively working today. Celebrating the 90 years of Yoji Kuri, we hope you will enjoy the screening of his witty and satirical works as well as his valuable talk. 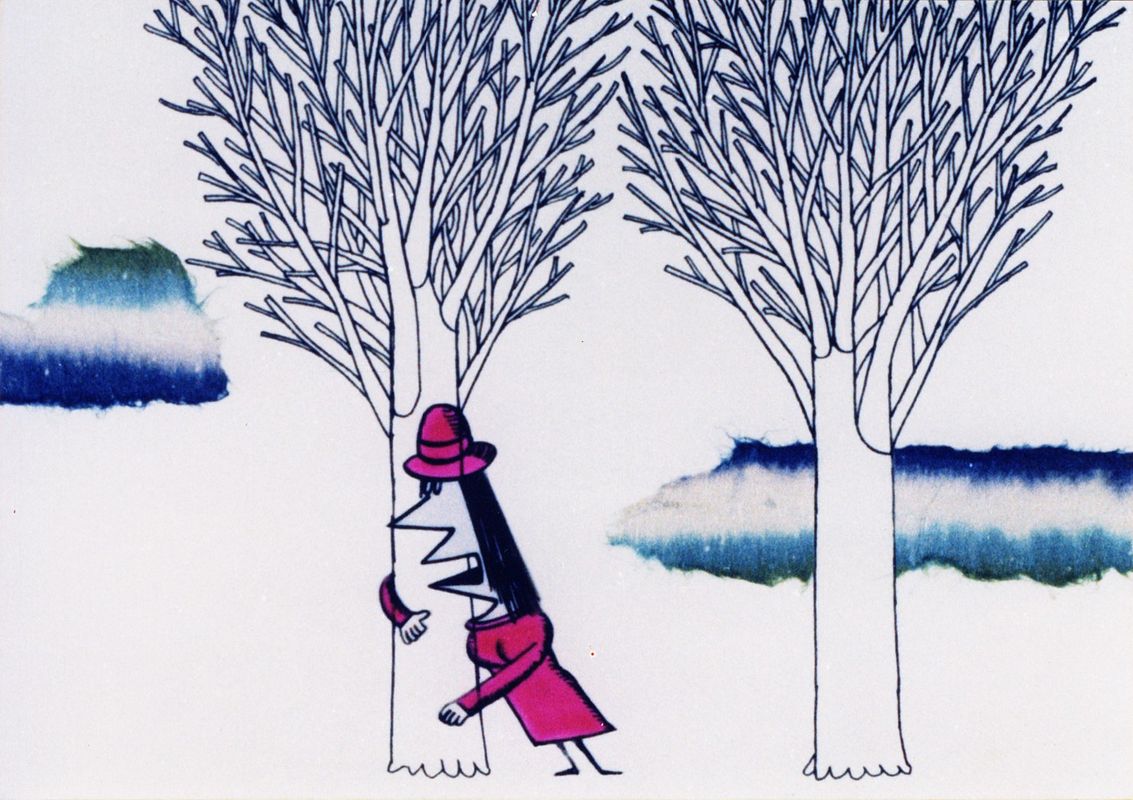 Michael Dudok de Wit has been the only winner of both Grand Prize and Hiroshima Prize from the past Hiroshima International Animation Festival, and we are pleased to welcome him as our special guest.
There will be two programs:
(1) a screening of his inspiring feature animation “The Red Turtle”, with Michael’s short speech before the screening.
(2) a screening of his two short films “Father and Daughter” (HIROSHIMA ’02 Grand Prize) and “The Monk and the Fish” (HIROSHIMA ’96 Hiroshima Prize), as well as Michael’s talk about his filmmaking. 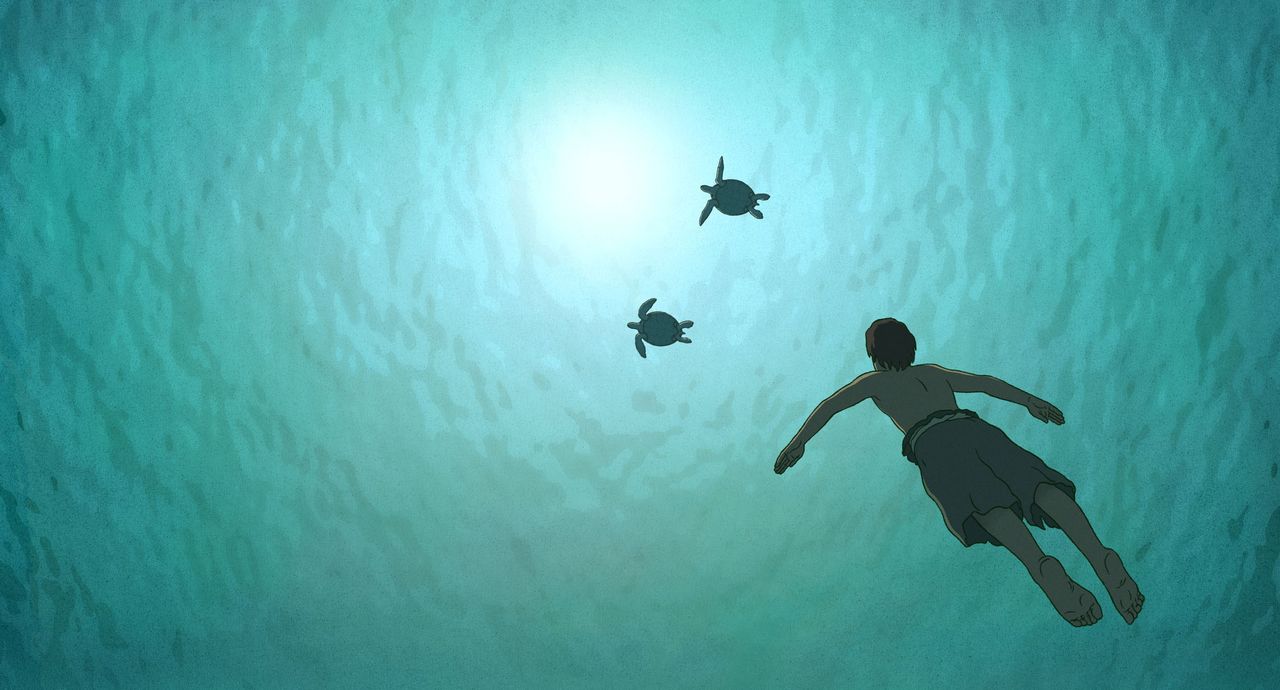 Belgian master of animation Raoul Servais, who will also turn 90 this year, remains as active as ever. He has honored us by serving as the festival’s International Honorary President twice in the past. In appreciating Raoul’s dedication to animation field over many years, we will be screening a selection of his short films that have received numerous international awards. 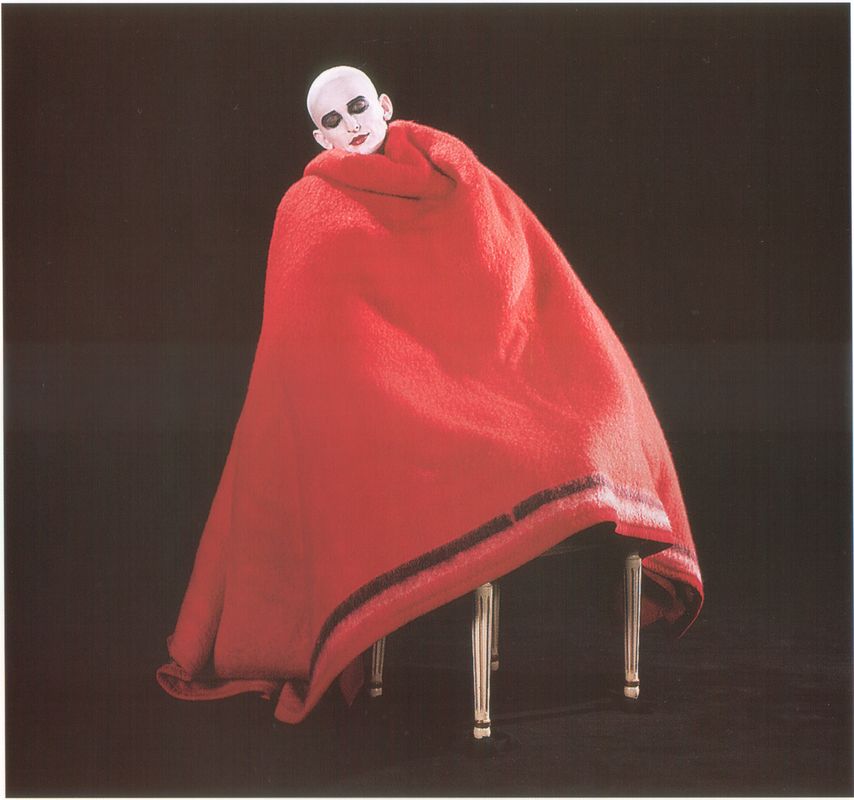 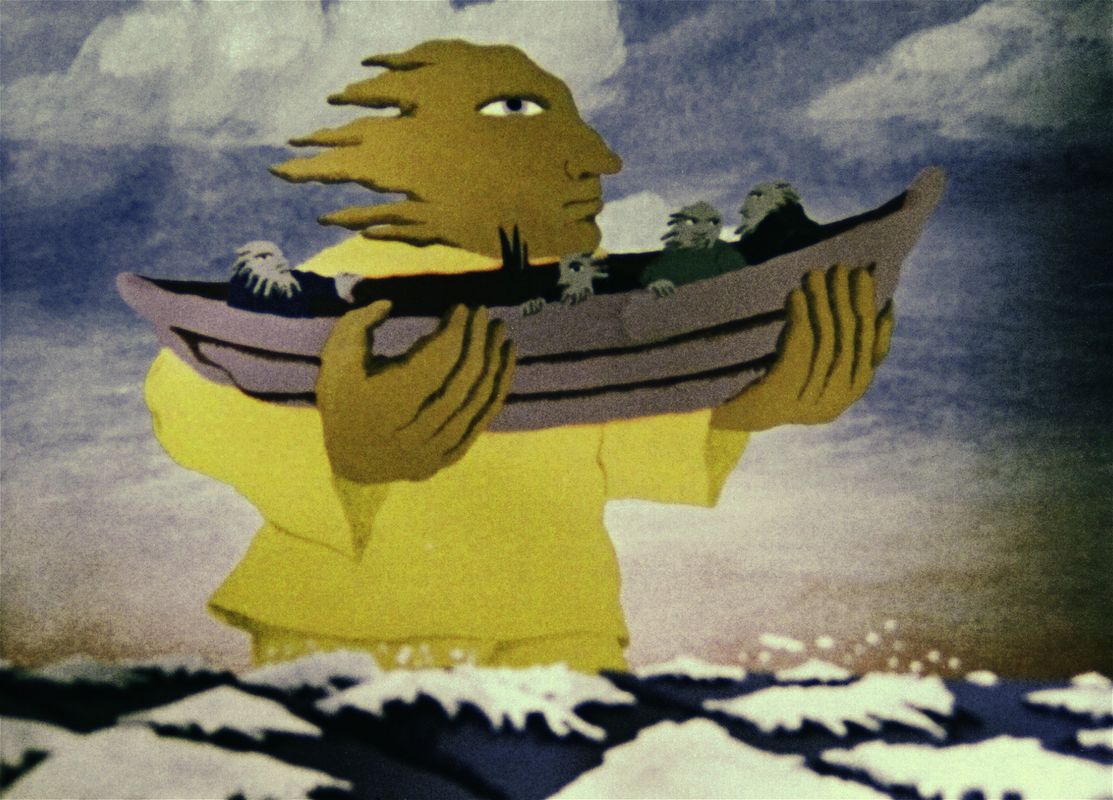 Screening of the latest Estonian feature film directed by Kasper Jancis. An excellent puppet animation showing the growth of a boy. 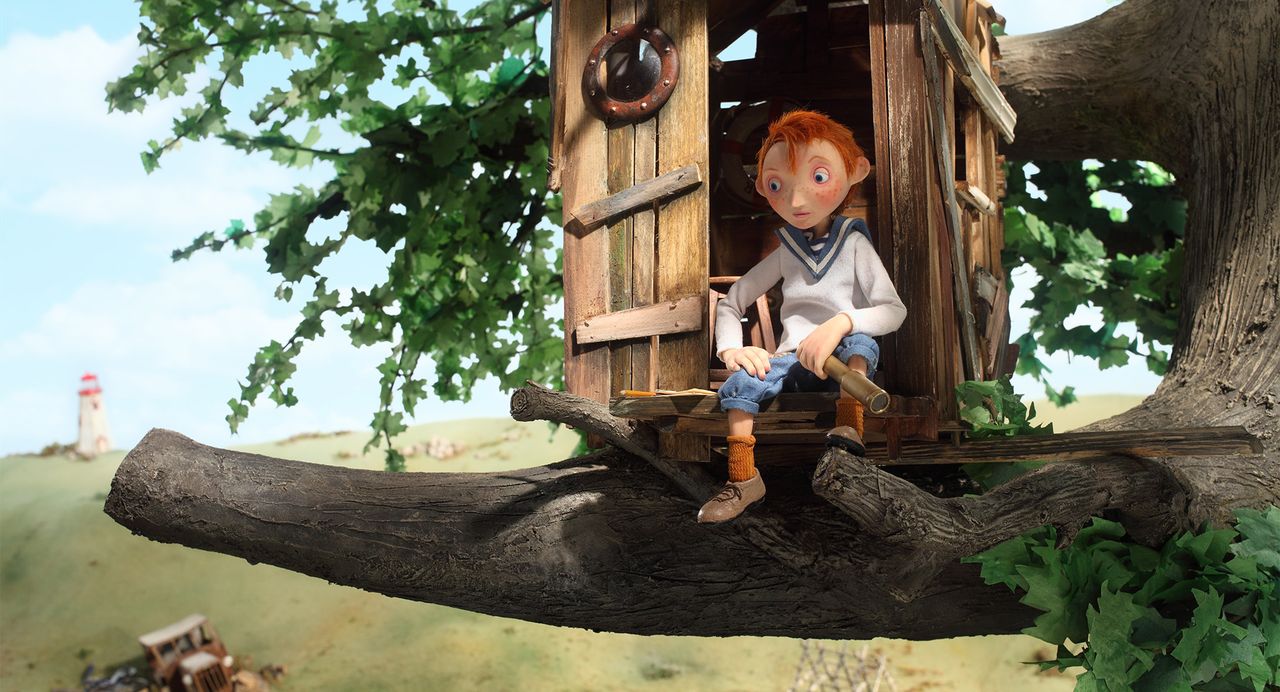 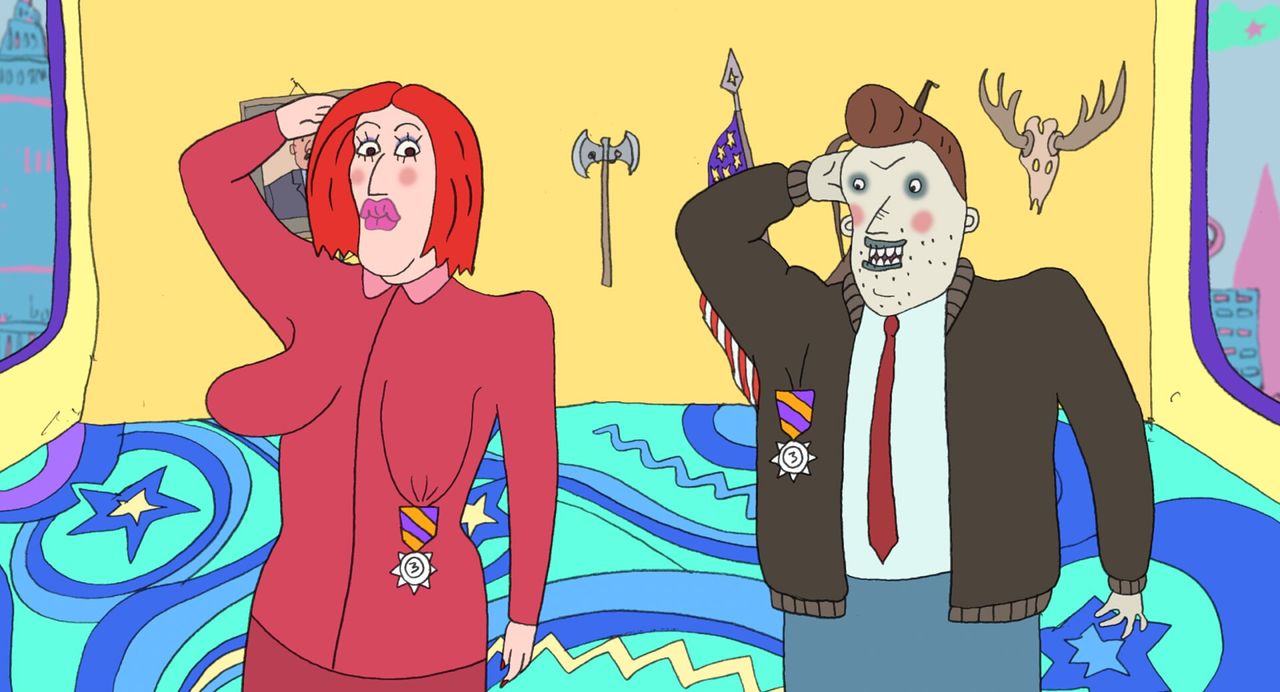 Screening of a feature animation directed by Mait Laas. Dealing with the social problem of illegal immigrants from Africa, the film shows the impossible love between Orange Boy Maroc and a singing boat refugee Lemon Girl Lisa. 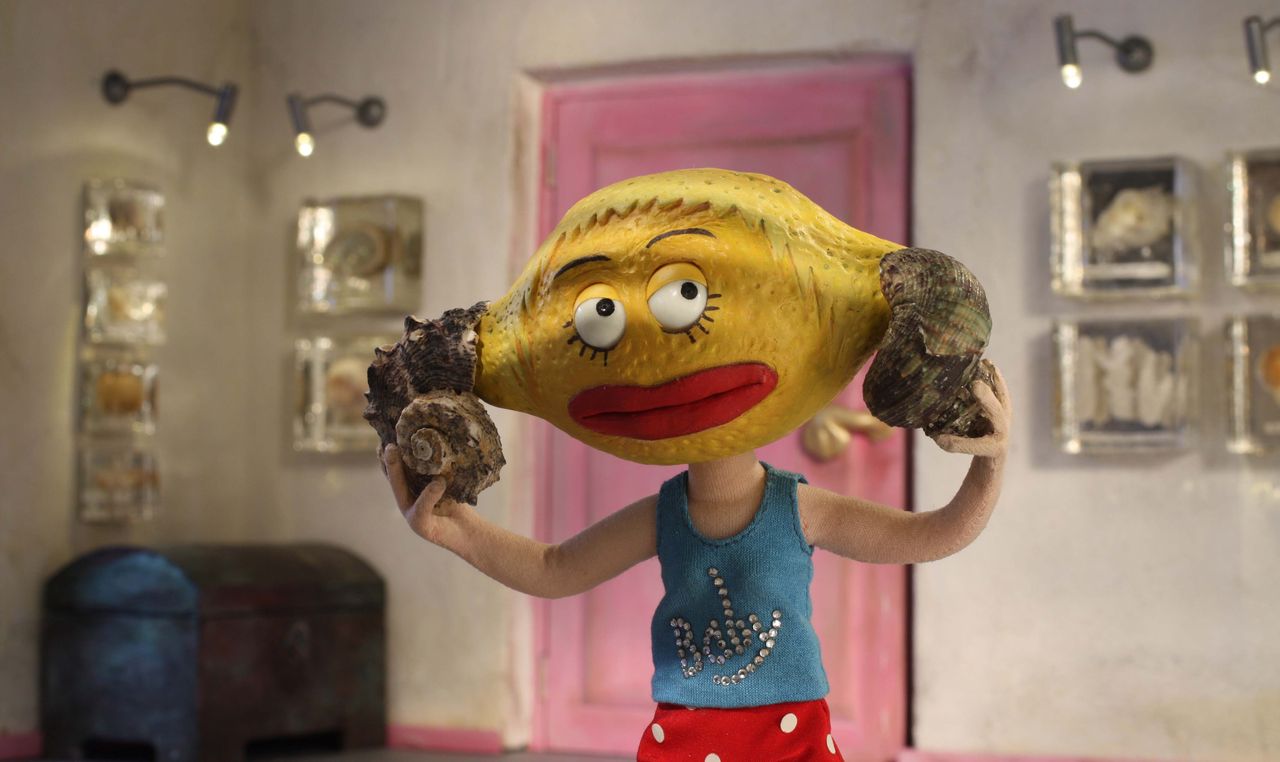 Estonia: Documentary "Kings of the Time"

Screening of a documentary about the history of Estonian Animation, directed by Mait Laas. 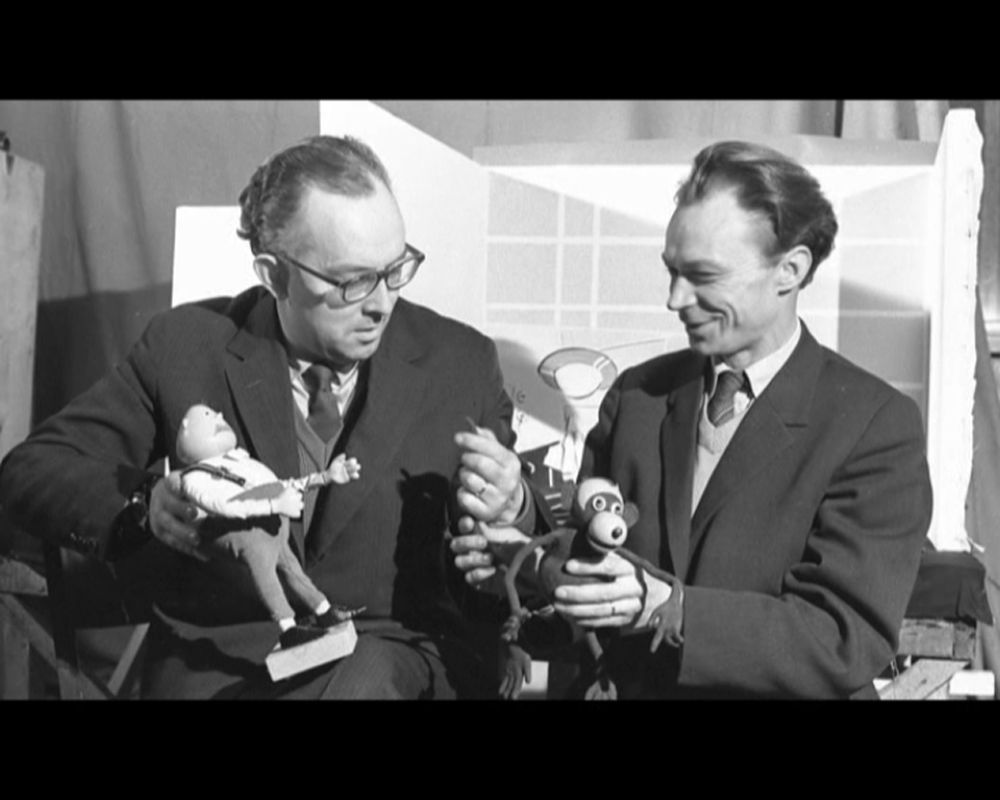 Screening of outstanding Estonian animation works including shorts directed by representative filmmakers from its pioneering days to today, such as from Elbert Tuganov and Heino Pars to Rein Raamat, Priit Pärn, Ülo Pikkov, Priit Tender, and many others, as well as TV series, Commercials, Music Videos, etc.

Screening of a beautiful and elaborate puppet feature animation depicting the world of Russian artist E.T.A. Hoffmann, through the expression unique to animation. 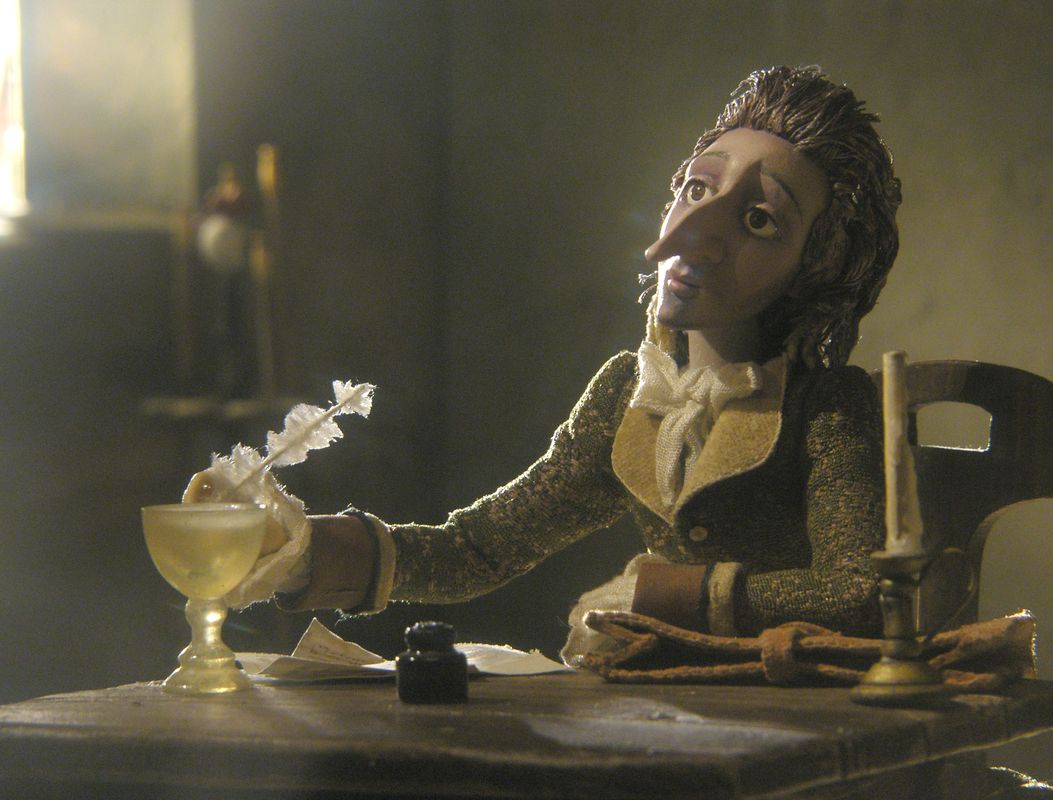 Screening of a new feature animation directed by Juan Pablo Buscarini from Venezuela. This is a story of friendship and adventure by three brave children fighting for freedom more than 200 years ago.

Feature Animation "In This Corner of the World"

Screening of “In This Corner of the World” directed by Sunao Katabuchi, as the festival’s very first opening program. Masao Maruyama, a member of the International Jury of HIROSHIMA 2018, was involved in this work from the start up of its production. 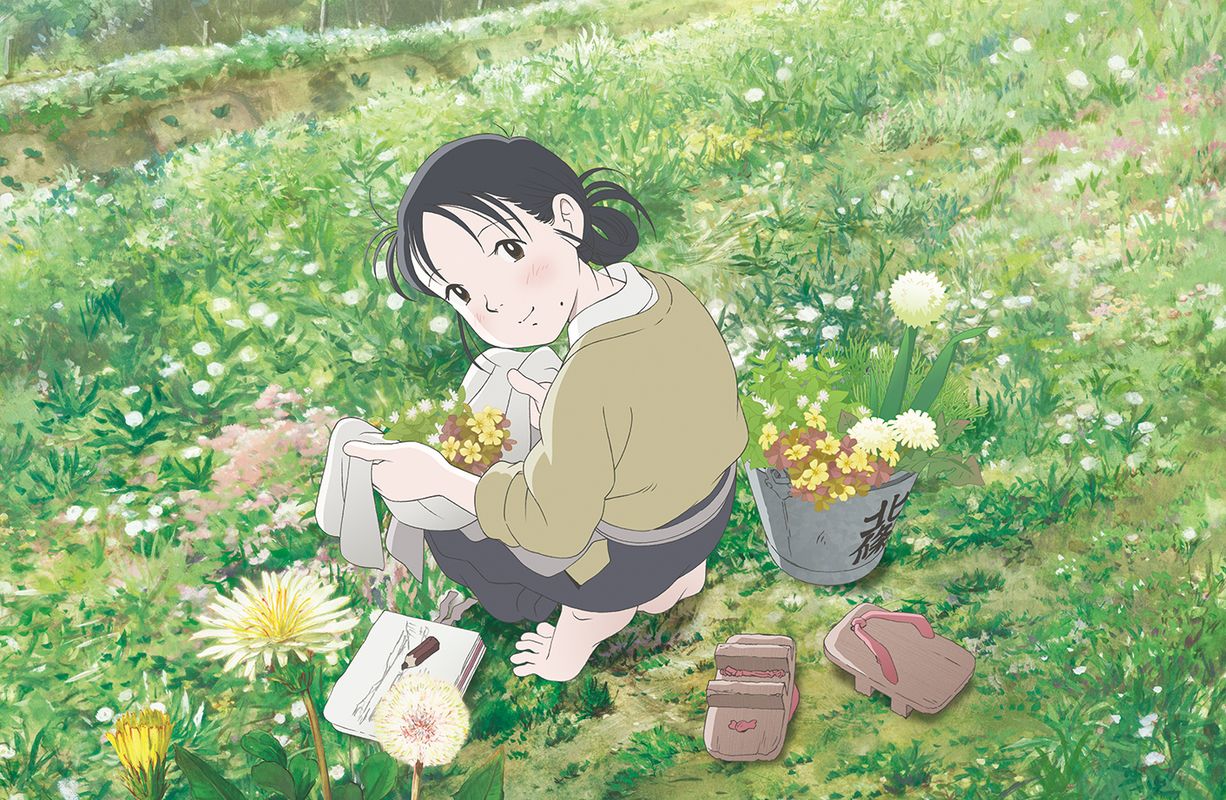 Screening of “POM POKO” in memory of the director Isao Takahata, who passed away in April 2018. Takahata used to say that “POM POKO” is one of his most favorite representative works. 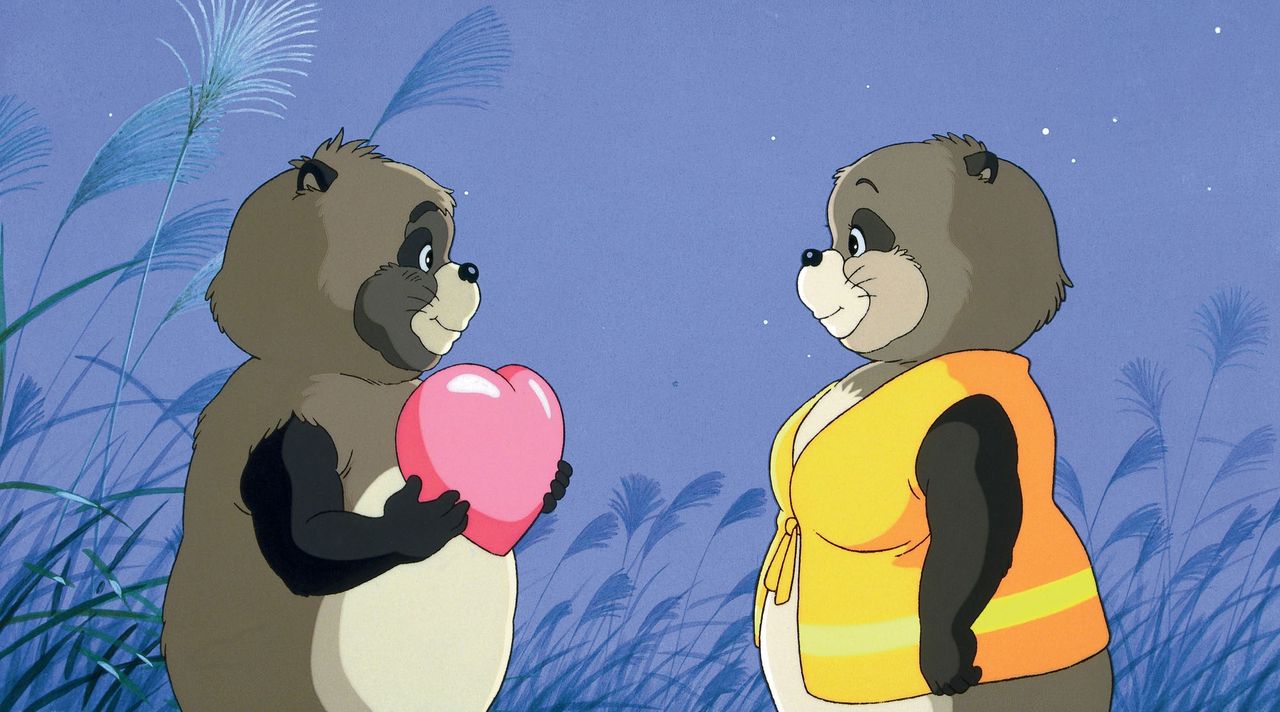 On the occasion of the 10th anniversary of “Vimeo Staff Picks”, the Vimeo’s film curation page, their Senior Curator Jeffrey Bowers will hold a seminar and show a selection of works.

Best of the World

Screening of superior animation works of recent years from around the world.

Well-reputed program that aims to discover young talented filmmakers. Screening of excellent student animation works from around the world. Audience will enjoy the talents of the next generation in the field of animation.

Screening of inspiring peace-themed films, sharing the spirit and the heart of Hiroshima.

Animation from the World

Introducing creative animation shorts full of inspiration from countries and regions, which we rarely get the chance to see in Japan.

Screenings of attracting animation for children from various countries.

Animation Made by Children of the World

Animation shorts by Ishu Patel, a member of the International Jury of HIROSHIMA 2018, made during his time at the National Film Board of Canada, have been inspiring the audiences all over the world. Screening of his representative works and talk. 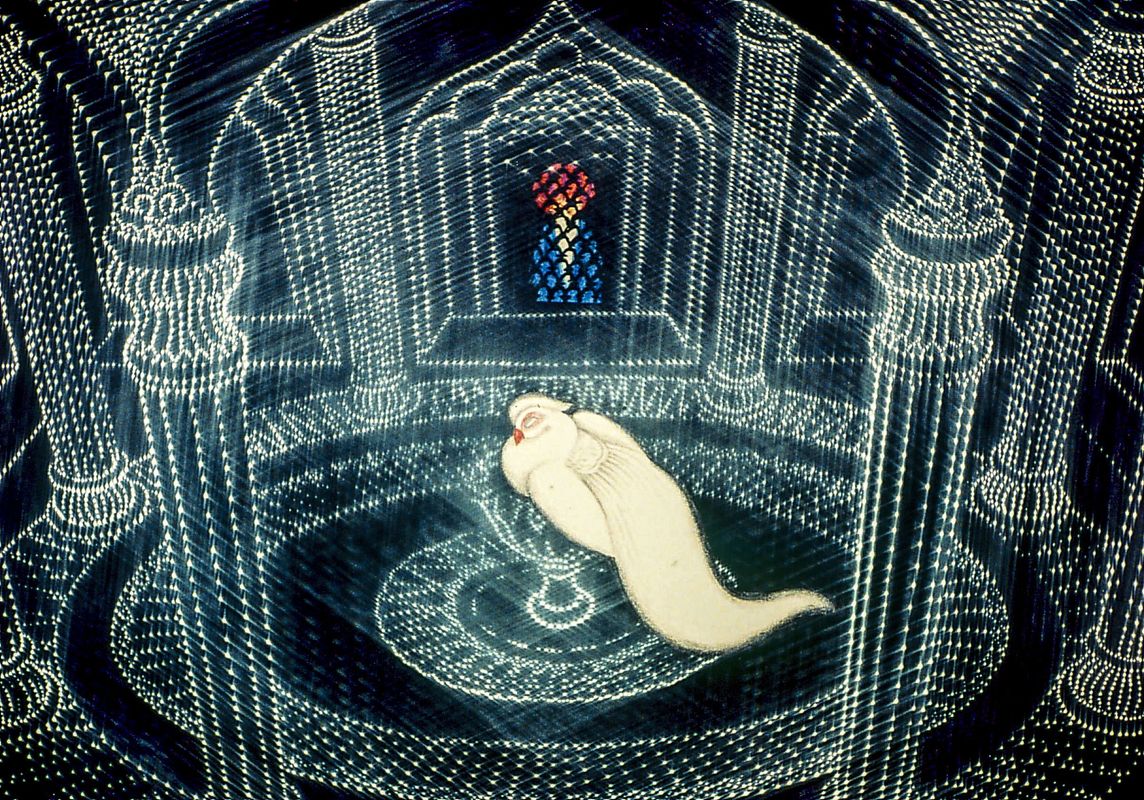 Screening of Priit Pärn’s award winning representative works and talk - a member of the International Jury of HIROSHIMA 2018. 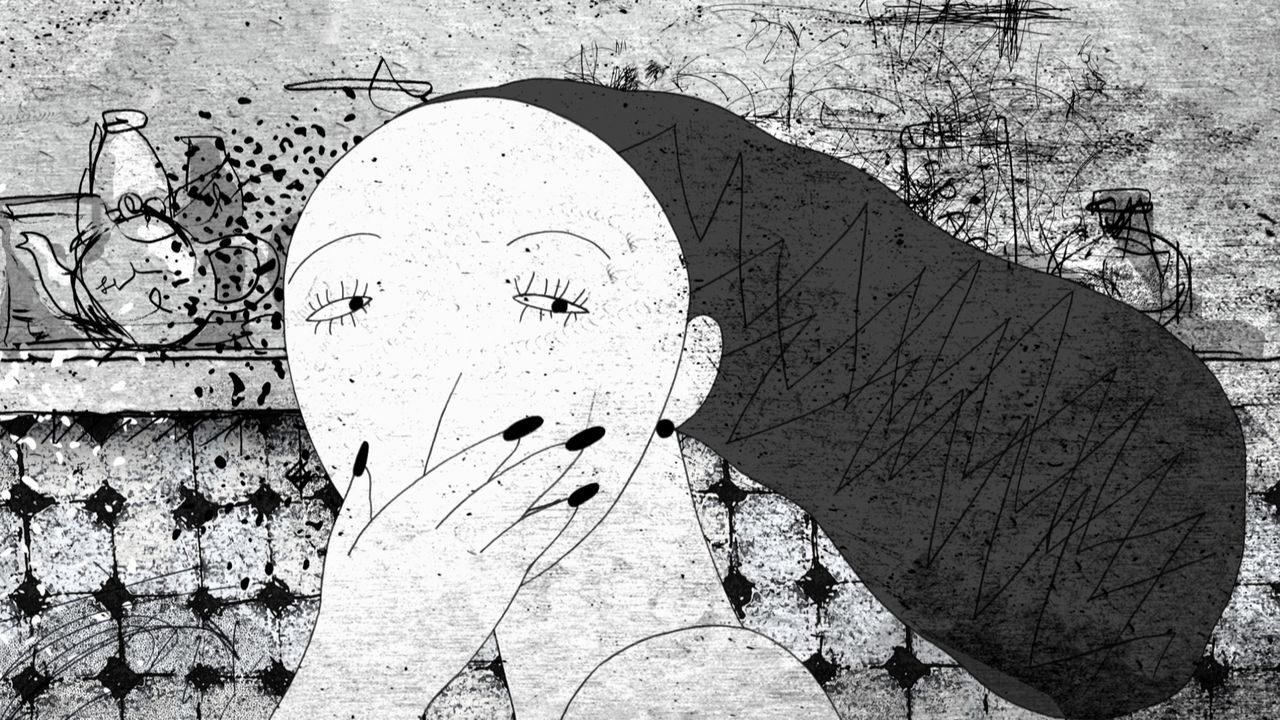 Screening of Oxana Cherkasova’s award winning representative works and talk - a member of the International Jury of HIROSHIMA 2018. 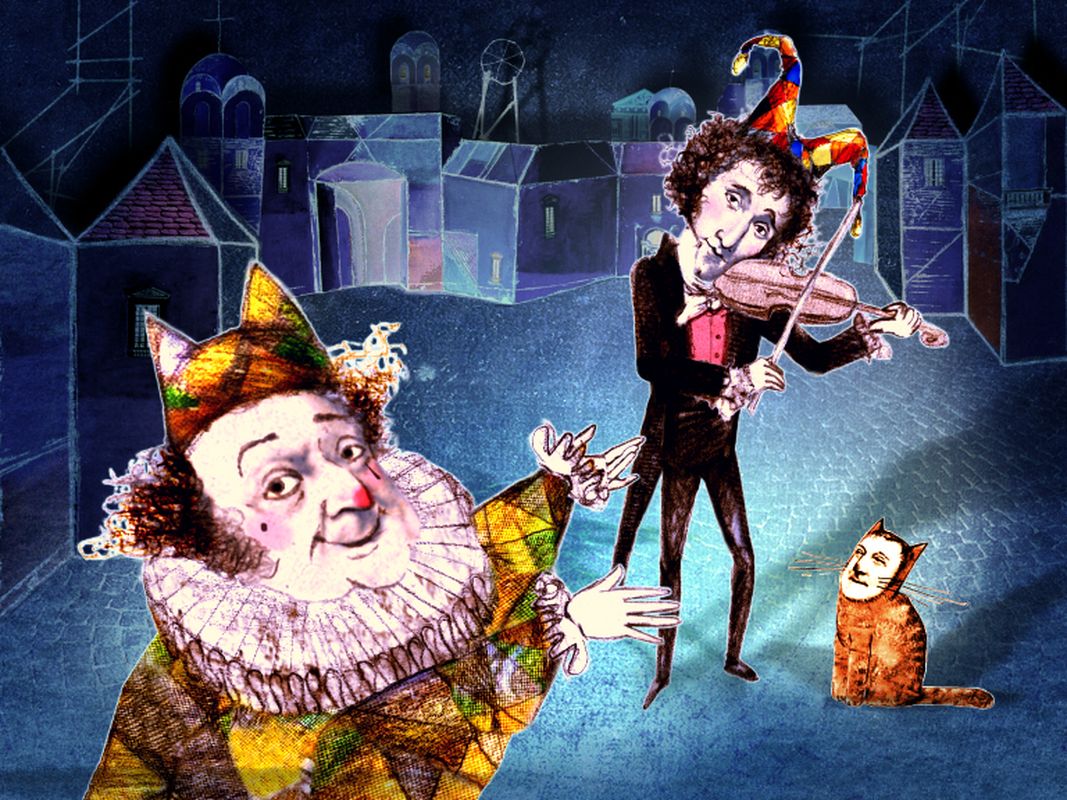 A master class “Tell me a story” by Isabelle Favez, a member of the International Jury of HIROSHIMA 2018, with screening of her award winning representative animation shorts. 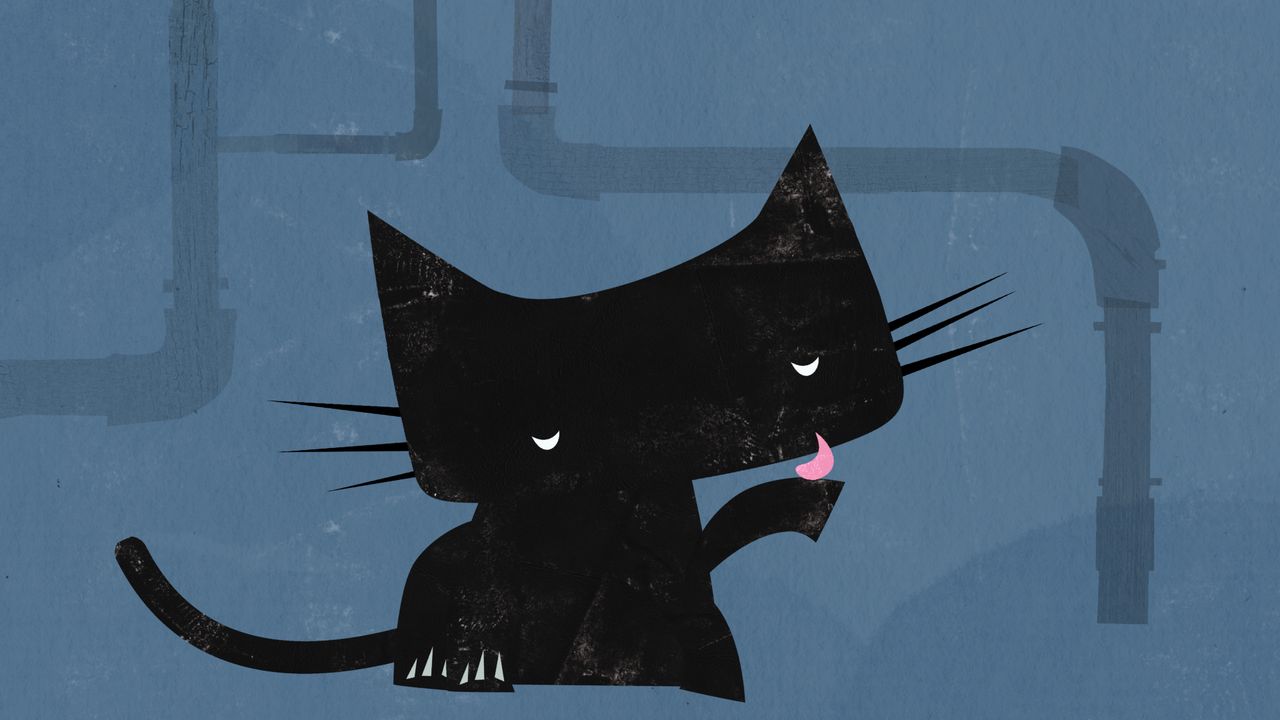 Free Spaces for Promotion and Exchange

*Bring your works with you! Reservation for free space can be made at the venue for free of charge, during the festival.

Frame In : A free space for young creators, who wish to become professionals, to present your own works and exchange information. Animation professionals may give you suggestions on your work. There will also be special seminars by festival guests. Looking forward to your participation!
Nexus Point : A free space for business exchange. Animation professionals, production companies, distributors, etc., are welcome to bring and show your works, make presentations and lectures. Looking forward to your participation!

A very unique film market providing bridges between schools, students and productions. Japanese major animation schools and universities will be setting up booths to publicize their educational programs and to find new students. Students may promote their talents and gain chances to work internationally. Production companies may take this opportunity to discover new young talents. Also, there will be previewing desks to appreciate students works from all over the world.

"Kid's Clips" is the room for an open workshop for children to experience and learn animation as one of expressive media. In addition, children's workshop films from various countries will be shown. You can join any time during the festival.

In this workshop space, you can enjoy creating animation easily by using simple software. From children to adults, anyone can animate your own drawings, or even the still photos taken by a digital camera. You can join any time during the festival.