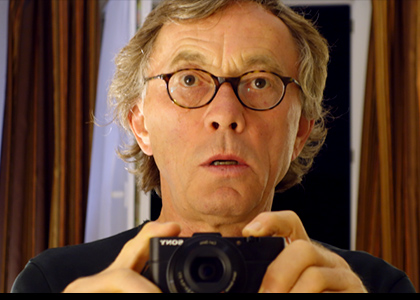 Besides, he has been creating his own films, photographs and installations. From 2002 till 2019, he was teaching history of moving images and animation history as a professor at the Animation Department of Lucerne University of Applied Sciences and Arts and was the co-director of the department from 2004 till 2010.
He is a member of ASIFA (Director of Board 1993 –1998).

Furthermore, Alder was the founder and the artistic director of the Lucerne International Academy of Animation 2009 (LIAA - https://animation-luzern.ch/2020/02/19/liaa/).
In 2011, he became a member of the Swiss Film Academy and APSA (Asia Pacific Screen Awards, Brisbane). 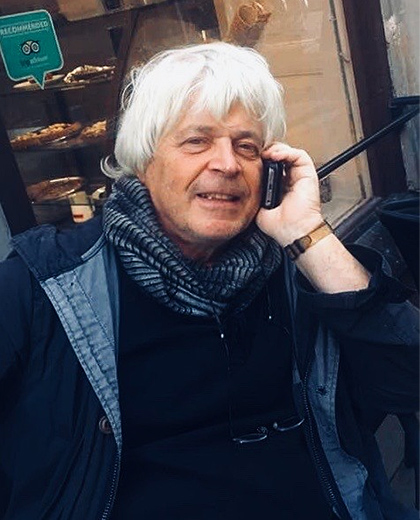 Kristian Feigelson was born in Paris. He received an MA in Political Sciences, graduated in Russian Studies at the School of Oriental Studies and got a Ph. D in sociology at Sorbonne University. Doing research on cinema and visual studies, he worked in parallel during the 1980’s as a photographer and participated in different exhibitions in India (Kodak Center, EHESS…). He published various photographs in Zoom magazine.

Since 1996, Feigelson became a Professor in Film Studies at Sorbonne-Nouvelle. He wrote for various film magazine such as Cinepur, Positif, Olha da Historia. He contributed also to different academic journals and has published numerous works on film culture. For instance, he has edited different issues of the film journal Théorème, on Hungarian, Russian and Soviet cinema, on Bollywood, on Cinema and Cities, and also published an issue of Cinemaction about the filmmaker Chris Marker, which was translated in the Japanese journal Arts and Media / volume 09 (2019) published by Osaka University. He has also taught in different Universities in Europe, in USA (Amherst, CUNY, Chicago, Columbia, Harvard…), in Asia, India (Mumbai, Delhi, Jaipur…) in Japan (Hokkaido, Tokyo, Osaka), Korea, in Hong-Kong and Taiwan and in South America (Argentina, Brazil, Colombia) as well as in Middle-East. His books are translated in different countries. His next forthcoming publication《Image Industry in East Asia, between globalization and local identity (China / Hong Kong, Korea, Japan, Taiwan)》will be published in 2020 by the Presses Sorbonne Nouvelle.

In 2020, Feigelson was invited as a JSPS fellow at The University of Tokyo to work on a research program《Filming the Gulag》. He was a member of different jury at various film festivals (Czech Republic, Colombia, France, Iraq, Russia…). Last year, he was appointed as a member of the Kinotayo Japanese Film Festival in Paris. Kristian Feigelson visited Japan many times and travelled all over the country in different parts from the north to the south and the west to the east. 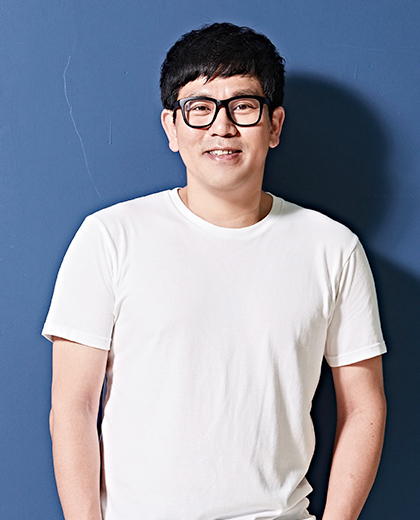 Chang Hyung yun studied politics at university and started learning animations in other hand. After graduating from university, he majored in animation for Korea Academy of Film Arts. He made seven short films and two feature films so far since 2002.
His short films includes “The Letter” (2003), “Wolf Daddy” (2005), “A Coffee Vending Machine and It's Sword” (2007), “My Friend Go-ra-ni” (2009), and received awards in various festivals such as Hiroshima International Animation Festival 2006 and New York International Children's Film Festival 2008.

He made an animated feature film, “The Satellite Girl and Milk Cow” (2014). In this film, Korea's famous stars Yoo Ah-in and Jung Yoo-mi played their voices. The film was released on 220 screens in South Korea.
In 2018, Chang directed VR animation “From the Earth”. It was made with Korea's largest VFX company 'Texter.' The film was screened at the Bucheon International Fantastic Film Festival 2018 as well as at the Festival of International Virtual and Augmented Reality Stories (FIVARS) 2018 in Toronto.
And he completed the second feature animation, “Ireesha, The Daughter of Elf-king” (2018). It was screened at the Busan International Film Festival 2018 and released on 200 screens in South Korea. 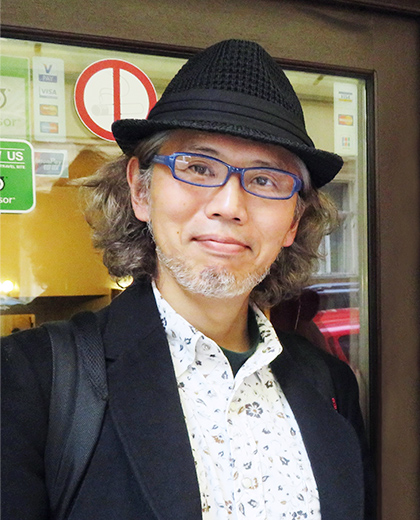 Born in 1962. After working for a visual effects and computer graphics production company, Yuichi Ito founded I.TOON Ltd in 1998 and has been serving as its representative director till today.
Utilizing a full range of animation techniques, with a particular focus on claymation, Ito produces animation imagery as well as character designs and more.

His representative works include “Knyacki!” which is in its 25th year of broadcasting (NHK E-tele), “Grasshopper story” (NHK Minna no Uta), “PON de LION” (Mister Donut TV commercial), the animation part of Hikaru Utada’s music video “traveling”, and the stopmotion software “CLAY TOWN” which he supervised.
“HARBOR TALE”, one of his animation shorts, received multiple awards, including the Best Animation Film Award and the Audience Award at the 2012 Zlín Film Festival in the Czech Republic.
As for the life achievement award, Ito received the 2018 Albín Brunovský Honorary Medal at the Biennale of Animation Bratislava, etc.

He has been serving as international jury at various film festivals, including the 21st DigiCon6 ASIA in 2019, and the 18th Seoul International Cartoon and Animation Festival (SICAF) in 2014. Also served as the jury of Animation Division of Japan Media Arts Festival in their 14th edition (2010) and 15th edition (2011).
In recent years, Ito has been focusing on showing his films in Central Europe, and also, coordinating exchanges between art universities in this region and Japan.

Professor at the Department of Animation, Graduate School of Film and New Media, Tokyo University of the Arts. Board of Directors of the Japan Animation Association.
Member of ASIFA-JAPAN.