On October 28th, 1892, a French inventor Emile Reynaud (1844-1918) made the first public performance of animation at the Grevin Museum in Paris, using his own invention "optical theater".

In 2002, ASIFA (Association Internationale du Film d'Animation, registered in Annecy, France) decided to celebrate this historic day as "International Animation Day", aiming to promote and develop animation art all over the world.

Many of the ASIFA National Groups started to hold the celebration on and around October 28th, as a simultaneous manifestation in various countries. This year will be the 18th IAD.

ASIFA-JAPAN also decided to join this international art manifestation in 2005, and has been participating since then. In Hiroshima City, "International Animation Day (IAD) in HIROSHIMA” has been held every year since 2005 as well.

Please enjoy the world's high quality films from the collection of works of the past Hiroshima Festivals. 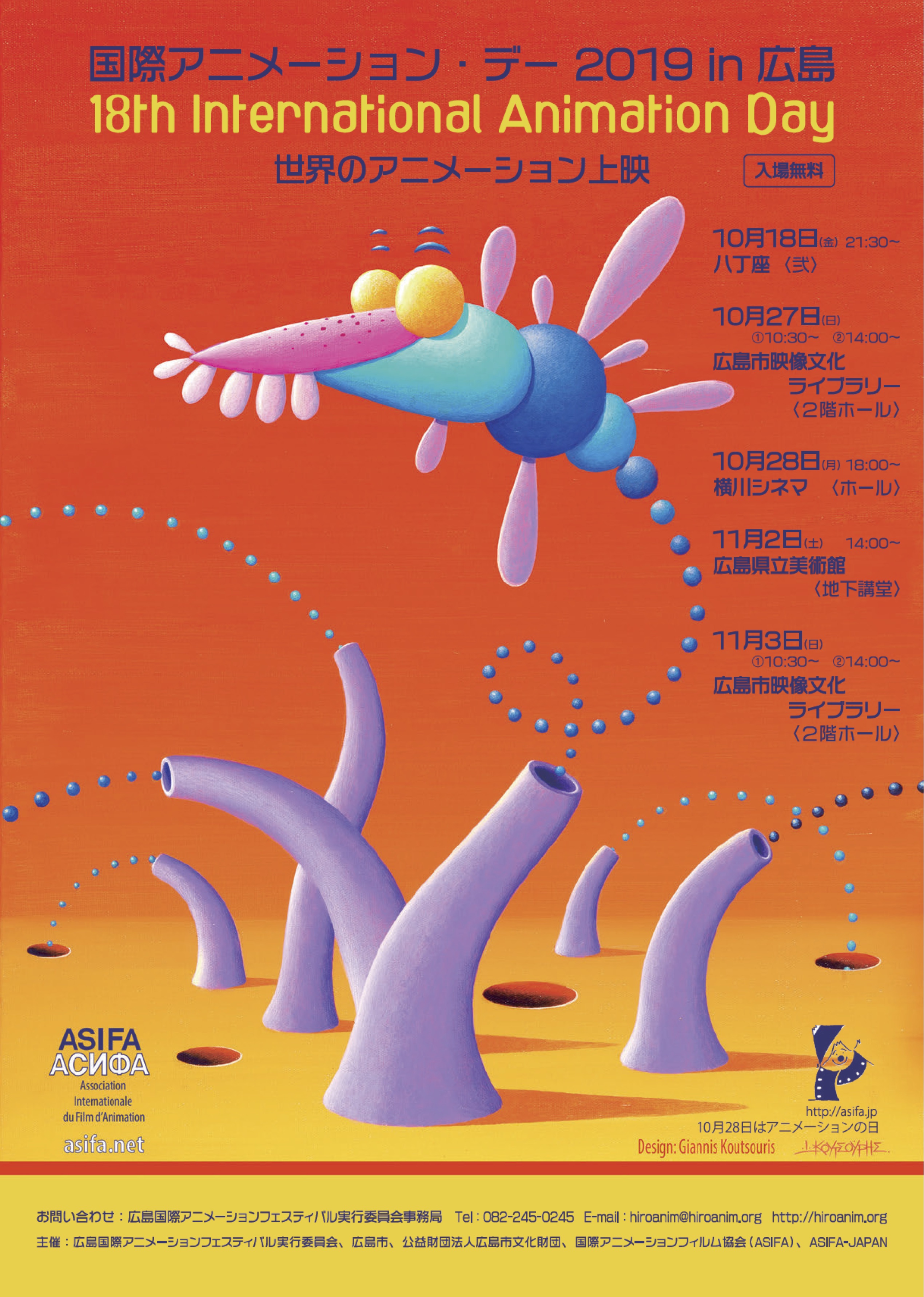