Svetlana Filippova graduated from the Philological faculty of the Kazakh State University in 1991, and Higher Course of Scriptwriters and Film Directors in Moscow in 1997 with a specialization of a director-animator. She was studying at the studio of F. S. Khitruk, Y. B. Norstein, E. V. Nazarov and A. Khrzhanovsky. Svetlana Filippova is engaged in painting, book graphics, lithography, animation. She is a participant in numerous film festivals, art and book exhibitions in Russia and abroad. She won the first prize at the Association of Artists of Graphic Arts at the exhibition of Moscow Book Artists in 2005 for her illustrations for fairy tales of Ludmila Ulitskaya, and became a laureate of the All-Russian competition “Image of a book” in nomination “Best illustrations to productions for children and youth” for illustration of Ludmila Ulitskaya’s tales, and laureate of “Man of book” prize in nomination “Best painter” (newspaper “Bookish survey” in frames of Intellectual literature fair Non-fiction) for illustrations to “Chevengur” by Andrei Platonov in 2008. She was awarded with prizes at international festivals in USA, Australia, Slovakia, Italy, Spain, France, Iran, Argentina, Brazil, Georgia and Russia for the animated films "The Night has come", "Sarah’s Tale", "Three Love Stories", “Where dogs die”, “Brutus” and “Mitya’s Love”. She has designed and illustrated “The Foundation Pit” and “Chevengur” by Andrei Platonov, tales of Ludmila Ulitskaya, “Dark alleys” by Ivan Bunin, “Lefthander” by N. Leskov, “The Gospel from John”. Her works are kept in private collections in Russia, Germany and France.

Lynn Tomlinson is an artist, professor, curator, and award-winning animator who explores the intersection of animation with painting, sculpture, puppetry, and live performance. She has been working in animation since the late 1980s. Using tactile clay-on-glass and experimenting with painterly animation processes, she currently creates animated projects that investigate environmental and historical stories told from unusual points-of-view. She has received many grants and fellowships, including Independent Artist Fellowships in Media Arts from the states of Maryland, Florida, and Pennsylvania. Her animated films have screened in international animation festivals including Annecy, Hiroshima, Ottawa, AnimaMundi, and Tricky Women, and in numerous international, environmental and children’s film festivals.
Tomlinson's creative work has been exhibited in one-person shows at Cornell University and the University of Delaware and in group shows at the Delaware Center for Contemporary Art, the Virginia Museum of Contemporary Art, and the National Gallery. Her 2014 film “The Ballad of Holland Island House” screened in over 30 international film festival, received First Place in Greenpeace’s Postcards from Climate Change contest, and is included in the Education Department collection of the Museum of Modern Art (New York). Her 2018 film, “The Elephant’s Song”, an official selection at the Annecy International Animation Festival, has been screening around the world in festivals from Doha, Qatar to Hiroshima, Japan, receiving several Best of Festival, Best Animation, and Best Music awards. “The Elephant’s Song” was chosen as 2019 Global Insights Stellar Award Winner from the Black Maria Film Festival, a Women in Animation award winner, and First Prize for Independent Film and Excellence in Music at the 2019 ASIFA East Awards.
Tomlinson has been a visiting artist at the University of Michigan, Bennington College, Tainan National University of the Arts, Bowling Green State University, Cornell University, University of Central Florida, Pratt, and many other universities. She has published articles in journals including Animation Journal and Animation Practice, Process, Production. She is an Assistant Professor of Electronic Media and Film at Towson University and lives outside Baltimore, Maryland. She is a member of ASIFA, the Society for Animation Studies, and the University Film and Video Association. Her current creative research project is a clay on glass animated full-dome film about Monet’s Water Lilies.

Stefan Stratil was born in 1963 in Vienna/Austria. He studied Experimental Design and Animation with Maria Lassnig at the University of Applied Arts Vienna, and received master degree in 1992. Stratil’s short animations are shown at more than 70 film festivals, including Cannes, Berlinale, Rotterdam, Clermont-Ferrant, etc. He has been working on various commercials for TV and cinema, scriptwriting, illustrations and comic strips for international magazines, books and advertising. Since 2004, the President of ASIFA Austria (Association Internationale du Film d’Animation); ASIFA Treasurer and a member of the ASIFA Executive Board; Curator of Asifakeil, an animation-based art showroom at the MuseumsQuartier/Vienna; Lecturer of animation at Webster Vienna Private University and Webster University St. Louis/USA. 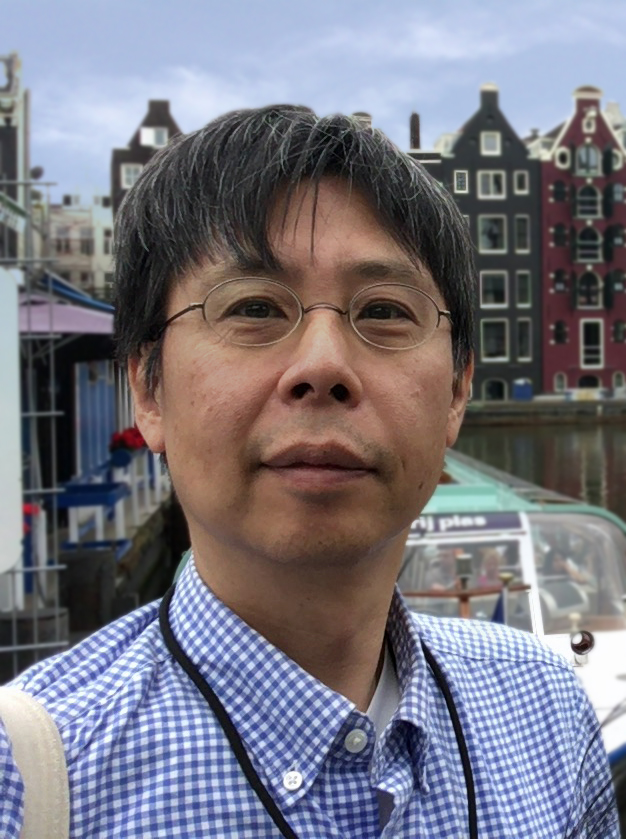 Born in 1965 in Tottori City, Japan. One of the first graduates in the Film and Video Art Course at the Kyoto College of Art, studying with Toshio Matsumoto and Nobuhiro Aihara. After graduation, Onishi worked for Top Studio, a total processing studio in Osaka, and was involved in planning and directing corporate promotion videos, TV commercials, opening titles for TV programs, etc. He then worked for Soft Edge, a CD-ROM production company, where he participated in the production of “Cosmology of KYOTO – A visual mindscape of old Japan”. After working for CG production company PD. Inc, and freelancing, he began his current position in 2002. Together with Keiichi Tanaami and Nobuhiro Aihara, Onishi established the Animation Course in the Correspondence Education Department at the Kyoto University of Art and Design in 2003, and served as the course director until 2013, overseeing both education and administration. He then moved to the Undergraduate Department, where he has been teaching a variety of courses such as visual production, animation production, media theories. He has also been involved in teaching animation at the Graduate School at the Kyoto University of Art and Design since 2014.
Executive Board Member of ASIFA-Japan (Association Internationale du Film d’Animation, Japan Branch), Member of Hiroshima International Animation Festival Project Team, Member of Culture Value Transmitting Expert Committee of Council for Kyoto Traditional Forest Culture, and Executive Secretary of Art Section of Mono-logy (monogaku) / Sense-Value Study Group.

As for HIROSHIMA 2020, the starting date of our selection committee was changed to May 1st from May 9th, since we expected that it may require more time for the selection procedure using online conference system.

Also, because of significant time differences, we had to determine that it is difficult to hold the selection via online conference system internationally for long term with our International Selection Committee members (Svetlana Filippova, Zbigniew Czapla, Lynn Tomlinson, and Stefan Stratil).

Therefore, the selection has been held by Hiroshi Onishi, one of the International Selection Committee members in Japan, as well as by those surrogates from Japan (Kotaro Sato, Makiko Nagao, Sayoko Kinoshita), to whom our international selection committee delegated. 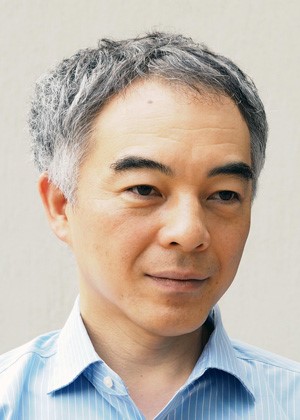 Born in 1967 in Tokyo, Japan. After graduating from the University of Tsukuba in 1990, Kotaro Sato joined NAMCO Ltd. (currently BANDAI NAMCO Entertainment Inc.) and has been engaged in the research and development of computer graphics and computer vision.

While working at NAMCO Ltd., he invented and commercialized a fortune-telling system with image recognition technology for tarot cards, “Camera de Tarot”, as a media art, and also, an image recognition technology for card games, “MELON CODE”, a 2D code designed for anti-counterfeit. He resigned from BANDAI NAMCO Games Inc. in 2012, and has been serving as the representative of Satory Design since 2013.

Currently, he is the Director of the FDL Research Group where FDL stands for Folktale Description Language, an artificial language designed for structural analysis of stories by computer.
He is a member of the Society for Folk-Narrative Research of Japan (SFNRJ), the Institute of Image Electronics Engineers of Japan (IIEEJ), the Japan Society for Animation Studies (JSAS), Japan Animation Association (JAA), as well as ASIFA-Japan. 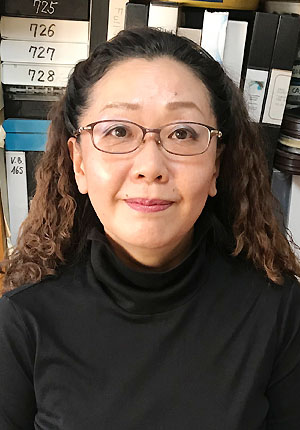 In 1985, before graduating from Keio University, Makiko Nagao joined Studio Lotus, an independent animation studio of Renzo and Sayoko Kinoshita. Since then, as secretary to Sayoko, she is mainly working for production, dissemination, program curation, copyrights management for animation shorts. She has worked for numerous animation programs aimed for film festivals, art museums, TV stations, etc., internationally.

As for Studio Lotus films, Makiko has been in charge of showing representative films including “Pica-Don”, and also, production management of many independent shorts such as “Geba Geba Show Time” (1986), “Frame of Mind” (1988), “The Last Air Raid – Kumagaya” (1993, permanent screening at the Peace Museum of Saitama), “A Little Journey” (1994, granted Japan Arts Fund), “Ryukyu Okoku – Made in Okinawa” (2004, granted Japan Arts Fund), etc.

As for the development of animation field, she has been dedicating herself to the overall operation of the Hiroshima International Animation Festival, from its first edition in 1985 till today, as secretary to the festival director. Has been serving as the Project Team member since 1990, mainly assisting the planning and production of screening programs and exhibitions. Also, member of the Organizing Committee member since 2013. Served as the Selection Committee member of the 17th festival - HIROSHIMA 2018.
Also running ASIFA-JAPAN’s “International Animation Day” every year, since 2005.

As for theoretical researches, Makiko has been studying the concept of documentary, and animation as a medium to bear documentary. Since 2014, she has been studying under Professor Atsushi Sugita at the Graduate School of Joshibi University of Art and Design. Received a Ph.D. in Fine Art in 2020, with a thesis “Rethinking Documentary through Animation”.
As monographs, “A Possibility of Documentation in Animation: Reviewing Studies on Animated Documentary“ (Bulletin of Joshibi Univ., No. 47, 2017), “A Potential Possibility of Animation Presenting a ‘General Description of an Event’: A Comparative Study of Animation and Other Representational Media“ (Bulletin of Joshibi Univ., No.48, 2018), and “The possibility of documentation through animation: A comparative study of the animation short Pica-Don and artworks addressing social/historical Issues” (Animation Practice, Process & Production, vol. 7 - 1, 2019).
Member of Society of Animation Studies (SAS), and Japan Society of Animation Studies (JSAS). 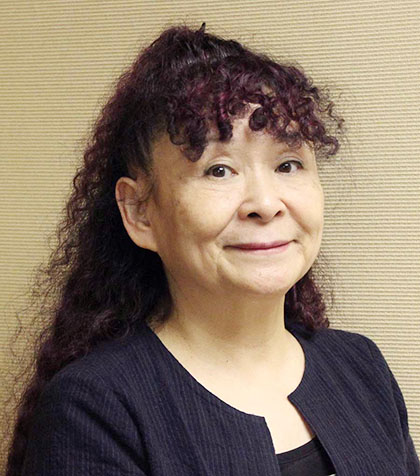 Graduated from the Plastic Arts Department of Joshibi College of Art and Design. After working with Mushi Productions, Sayoko Kinoshita joined Studio Lotus in 1969. Since then, she has been working internationally in various fields such as filmmaking, educating, promoting, etc., basically for animation, but also for moving image in general, including documentary and live action. Especially, for many years, she has been disseminating Japanese animation widely to the world, and at the same time, introducing foreign films to Japan.

Sayoko worked on very popular TV programs that went down in the TV history, such as “Geba Geba 90 Pun”(’69 – ’70), “Curricula Machine”(’74 – ’76), “Ohayo Kodomo Show” (’76 – ’80) etc. Also, her commercial films received many international awards.
As for independent films, she has been making documentary animation shorts together with her partner Renzo Kinoshita, to depict history and contemporary world with an unbiased warm viewpoint and sensitive artistic expression. Their representative works include “Made in Japan”(’72), “Japonese”(’77), “Pica Don” (’78), “The Last Air Raid- Kumagaya”(’93), “A Little Journey”(’94), “Ryukyu Okoku - Made in Okinawa” (’04) , etc., receiving Grand Prix and many prizes at various international festivals.

In 1985, together with Renzo, she founded the first international biennial competitive animation festival in Asia, in Hiroshima, endorsed by ASIFA (Association Internationale du Film d’Animation), and has been serving as the Festival Director till today, dedicating her life for the development of animation field internationally.
Sayoko has been making many lectures at art universities and film festivals, etc., in Japan and abroad, has been serving as a jury of many film festivals of animation, documentary, and live action, and has been writing many articles internationally. Since 1990, she has been teaching animation to the audio-visual professionals from 41 countries in Asia, Oceania, Africa, Middle East, and Central & South America, as an animation production expert of Japan International Cooperation Agency (JICA). She also puts great emphasis on animation workshops for children, and served as the President of ASIFA Workshop Group (AWG) during 1997 - 2006.

In 2012, Sayoko received a lifetime achievement award from Japan Media Arts Festival. In 2019, received the PRO CULTURA HUNGARICA from Hungary. A member of Academy of Motion Picture Arts and Sciences since 2020.